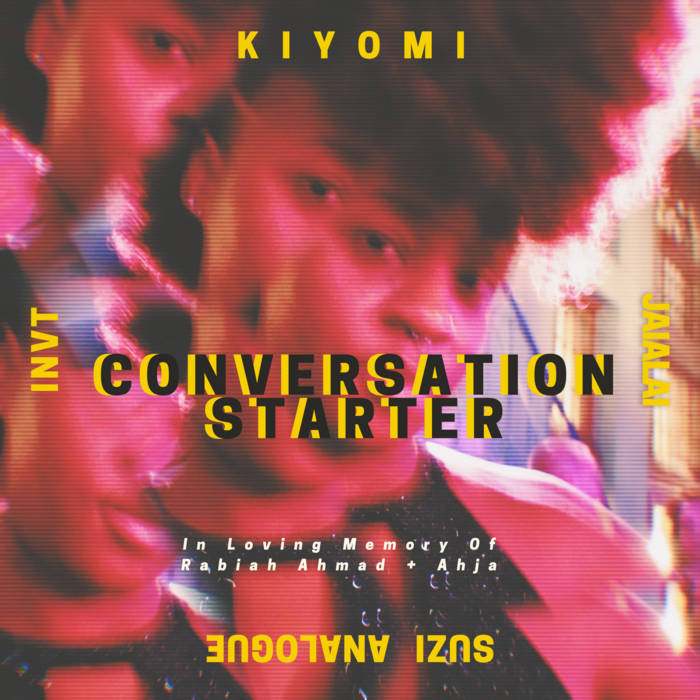 iwamoog With love from overseas.

The Wife of Wrath

B for the People

In late 2018, during a Miami studio session, Suzi Analogue, INVT & the band JAIALAI all connected for a blind session. The multi-talented KIYOMI (Rabiah Ahmad) joined the session invited by Suzi, and this track, commissioned by the 2019 iiiPoints music festival is what was produced.

"No you can't stop this" is the vocal played throughout the track, performed by KIYOMI (Rabiah Ahmad), and set the tone for CONVERSATION STARTER to come to life.

On August 1, 2020 Rabiah Ahmad was shot inside of the home she inhabited by an unknown attacker in Columbia, Maryland USA. She was 6 months pregnant and her baby daughter Ahja, who was delivered 3 months prematurely, passed away on August 5th, 2020. Rabiah was a beloved daughter, sister, creator and true friend to all who encountered her. Her and her child's murder has shocked the entire world. Read more in the Miami New Times: www.miaminewtimes.com/arts/miami-hairstylist-rabiah-ahmad-shot-to-death-in-columbia-maryland-11678034

For this Bandcamp day, and the days moving forward the proceeds from this song featuring Rabiah Ahmad will be donated to her family as they continue her creative legacy "House Of Kiyomi". #JusticeForKiyomi #ProtectBlackWomen

To donate further to the family beyond this song, please visit: gf.me/u/ykpfnk

Bandcamp Daily  your guide to the world of Bandcamp